1. Current status of Digitisation in Romania.

Digitization in Romania started hard. A 2017 study on perception of digitization[1] by Romanian managers, you can now wach in the joined video clip, shows us some of the stagnation reasons. 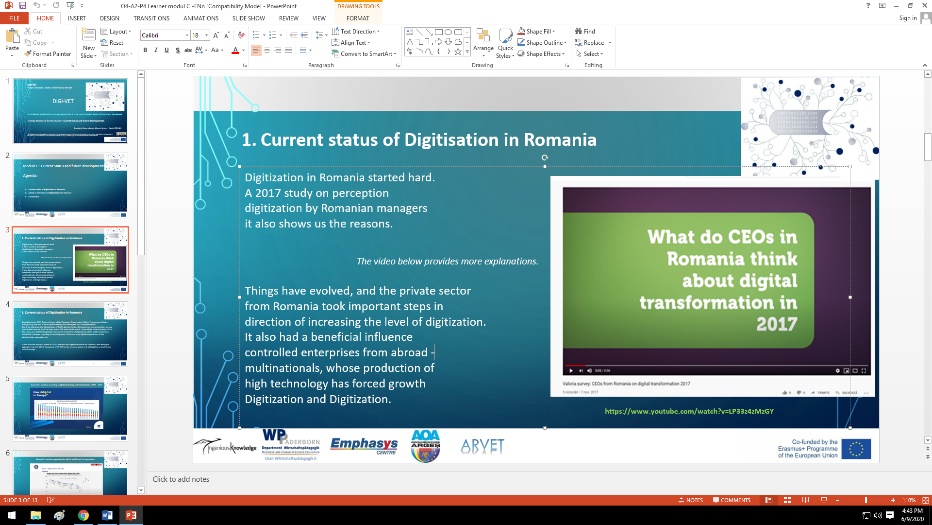 Things have evolved, and the private sector from Romania took important steps in direction of increasing the level of digitization.

It also had a beneficial influence controlled enterprises from abroad – multinationals, whose production of high technology has forced the growth of Digitization and Digitization

According to the 2019 Country Report of the European Commission’s Digital Economy and Society Index [2] (DESI), Romania is on the penultimate place among the 28 EU member states.

And if we talk about the Digitalization of Public Administration, Romania is on the last position among the EU states and on the 67th place out of 193 states in the world – study of the United Nations, 2019. The causes identified by the author are: deficient legislative framework in the field of digitization within public institutions, the lack of a concern regarding the development of the necessary digital competences in the administrative apparatus, etc.

In line with the previous report in 2018, Romania has slightly improved its situation, now having an aggregate score of 33.5% (compared to 33.21% in the previous year), so it still registers a level below the EU average. 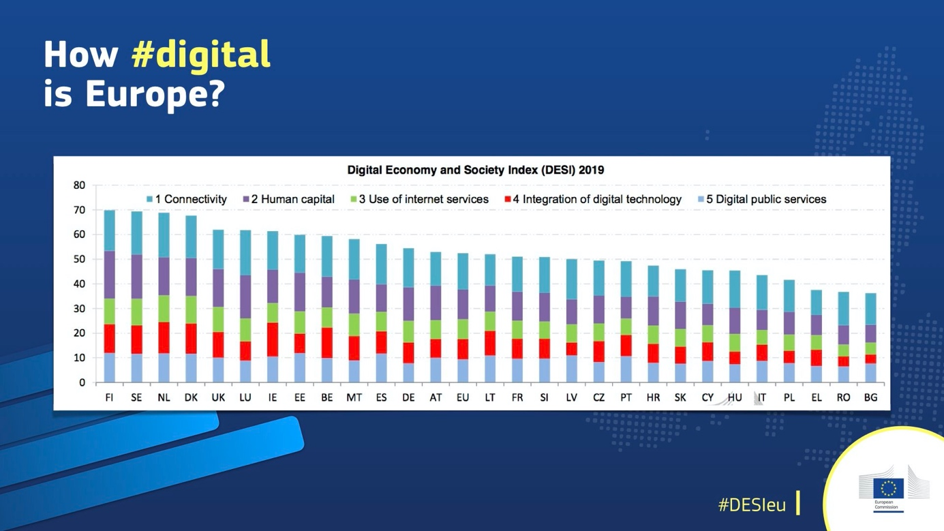 The graph above shows the 5 main criteria of the DESI Index: Connectivity, Human Capital, Use of the Internet, Integration of digital technologies, digital public services.

How is Romania in each of them: 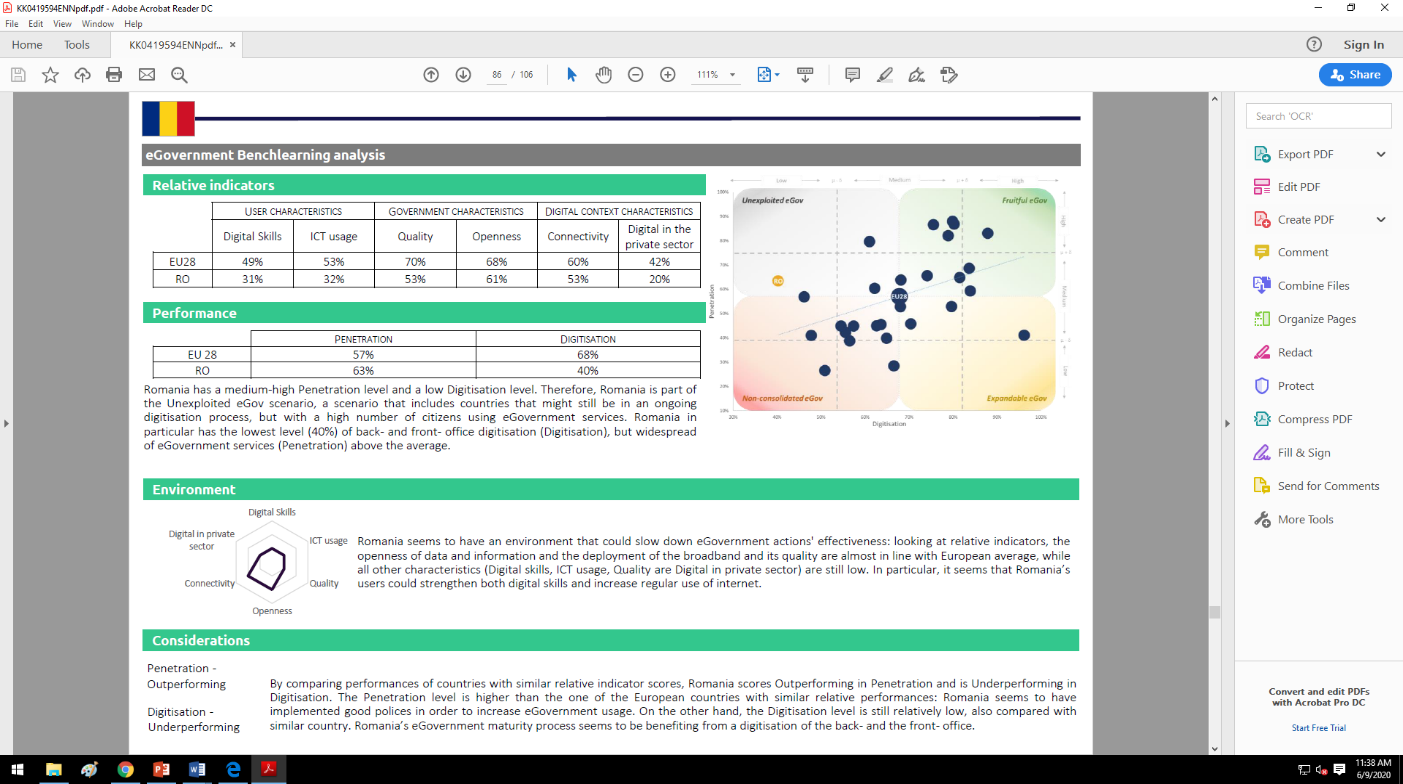 And all these come to complete the paradox in Romania and the gap created between the private and the state sector:

Romania goes up, the Administration lags behind, like a boulder at the feet of the economy and society. 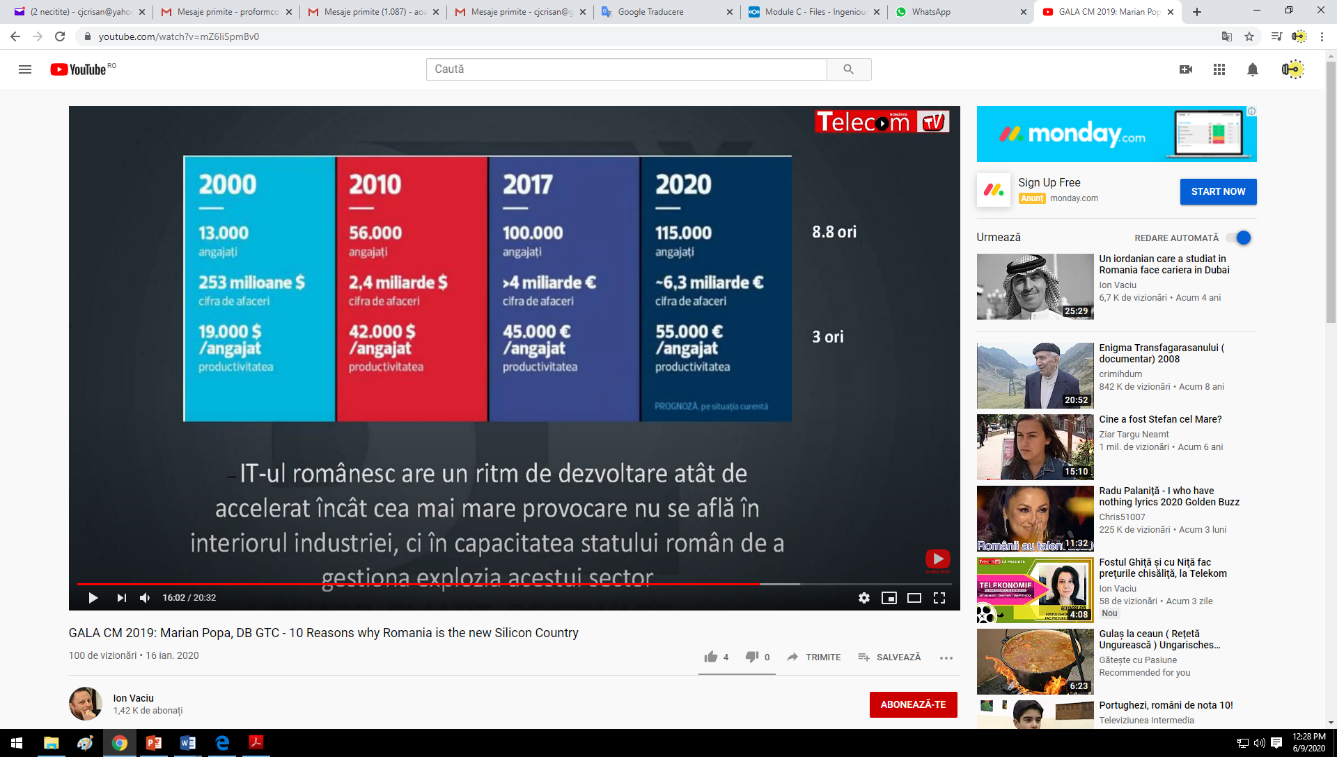 2. A look at the future of Digitalization in Romania

As Mr. Marian POPA, CEO DB Global Technology Center said, on the occasion of his intervention [3] at the 2019 Mobile COMMUNICATIONS GALA – „DIGITAL TRANSFORMATION @ 5G: 10 Reasons why Romania is the New Silicon Country”, Romania meets all the conditions and has all the advantages to be able to aim for the title of „Silicon Country”.

TASK: watch the next video to it to see the speaker’s arguments. 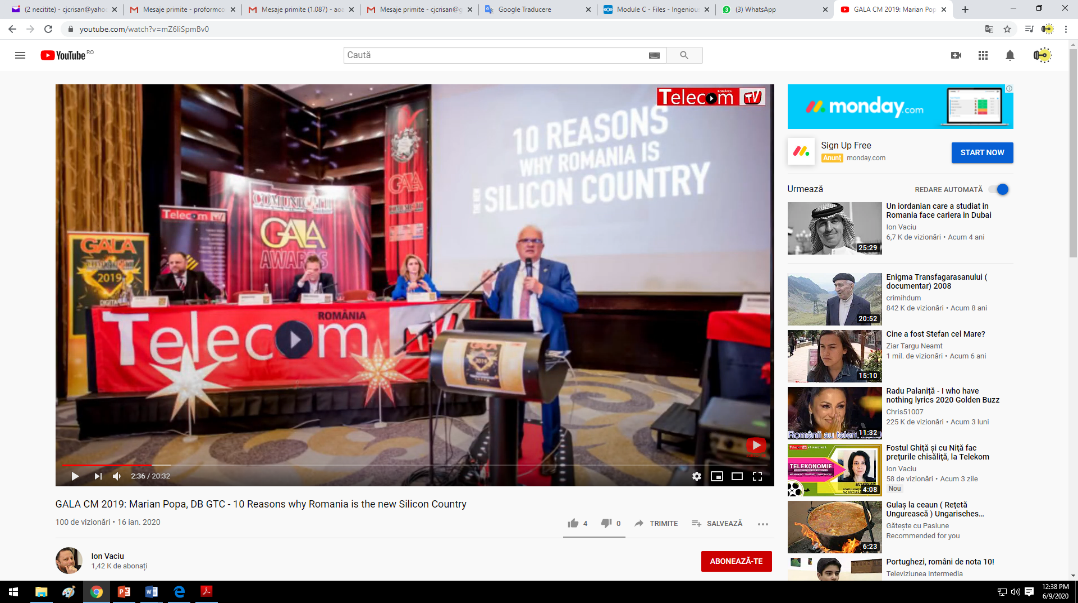 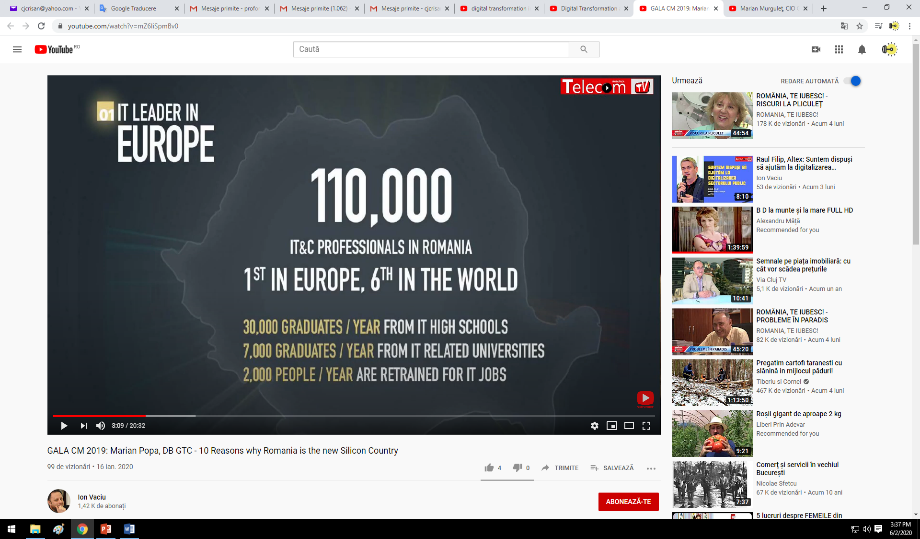 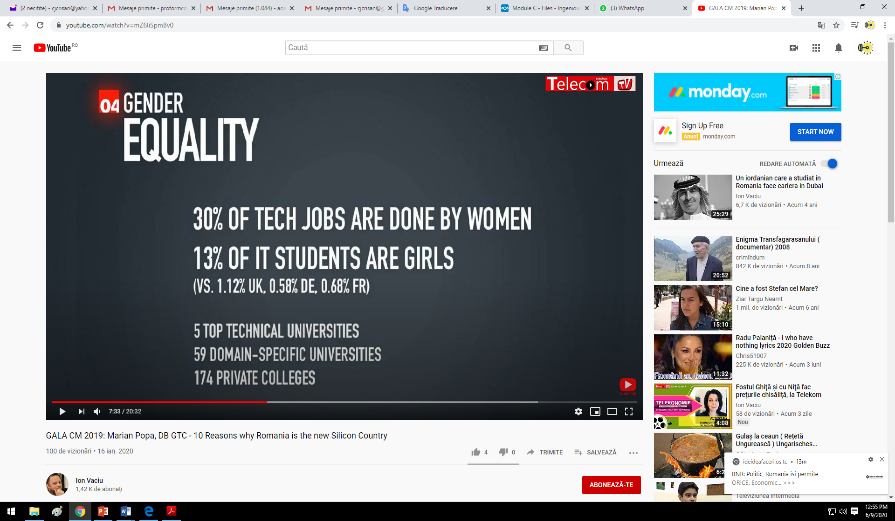 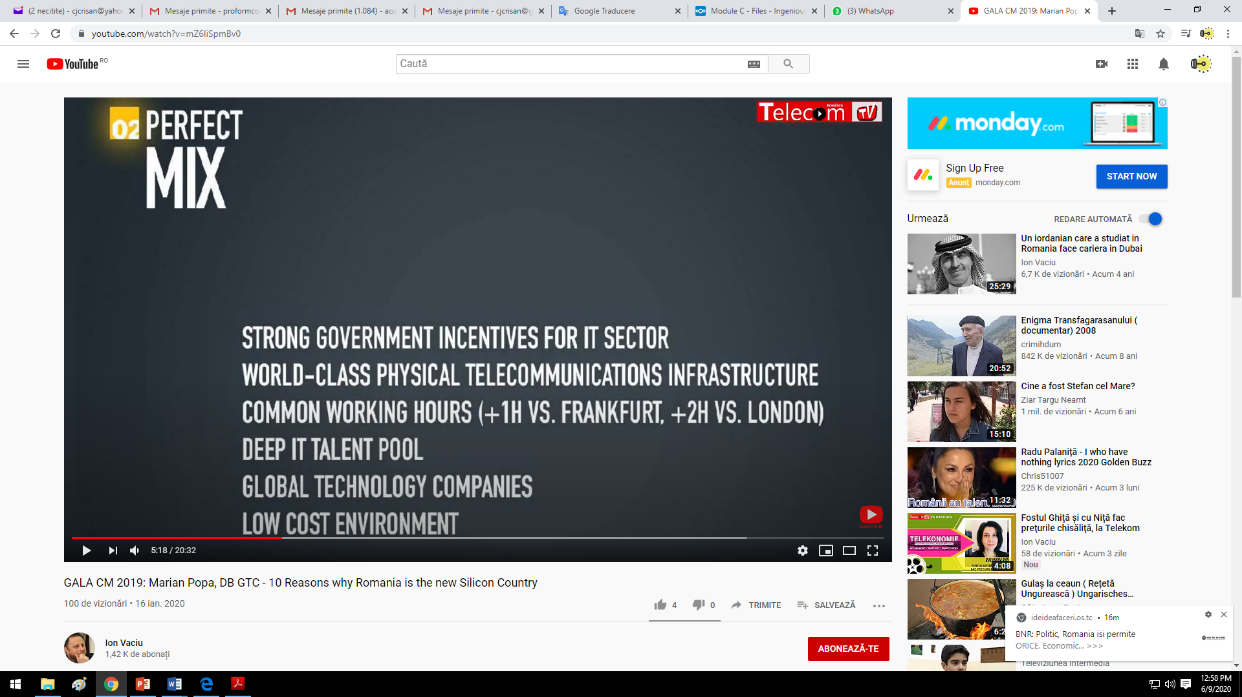 An interesting and instructive analysis, about the future of digitalization in the private sector, can be found in the video material below: 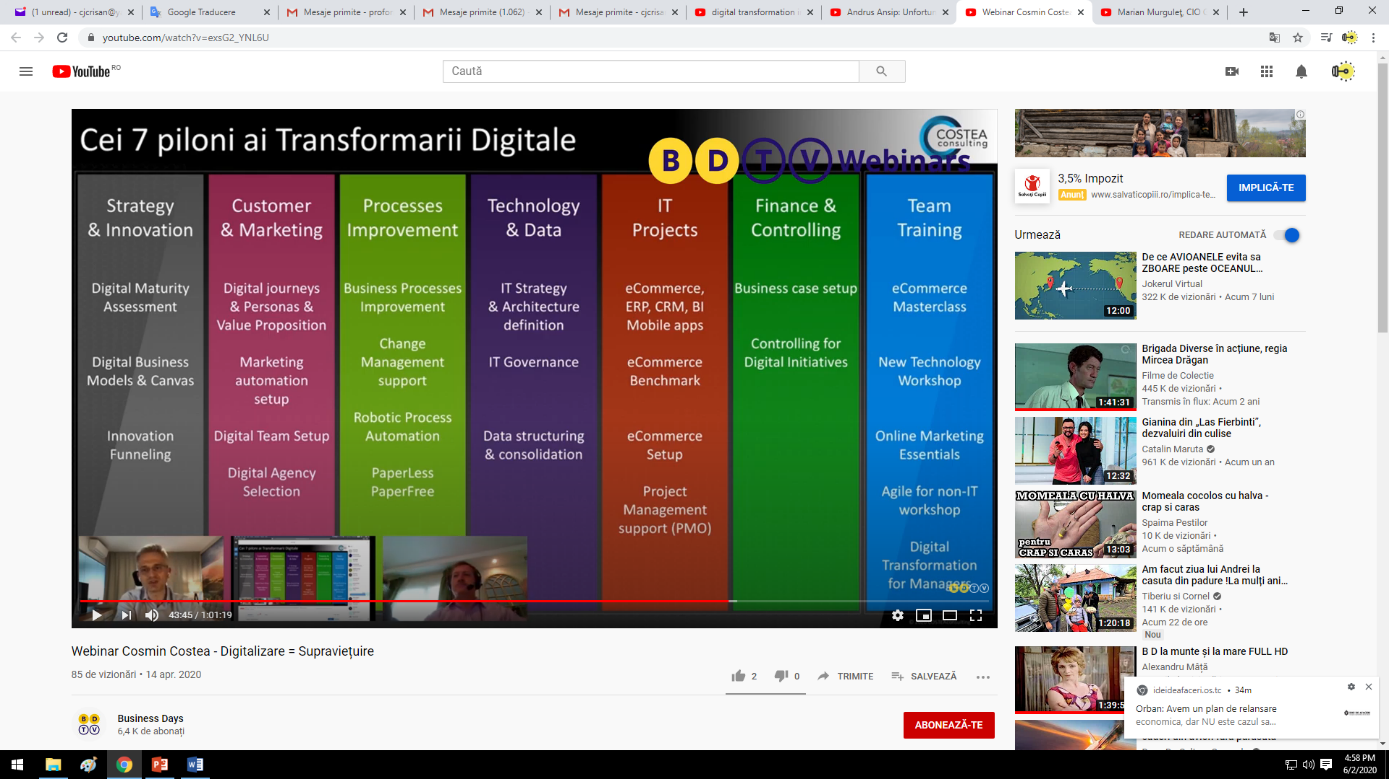 Because it has become clear to everyone that digitalization and digital transformation have become, from “nice to have”, a “must to have” to exist in the current market and especially in the future.

That is why, regarding the digitalization of the state sector in Romania, things have moved to a different level and work is being done with a different speed. But in this field, we must act with great care and responsibility, as well pointed out by Mr. Sabin Sărmaș – President of the Authority for the Digitalization of Romania (newly established – 13.02.2020)[4]. 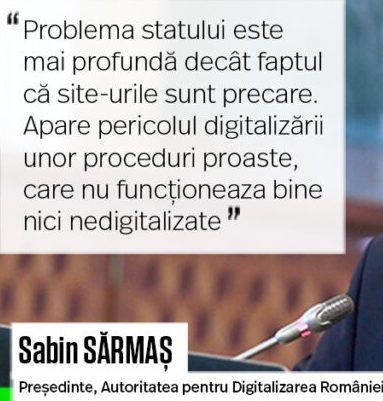 The problem of the Romanian state is deeper than the fact that the sites are precarious. There is a danger of digitization of bad procedures, which do not work well even undigitized.

The Government’s vision regarding the future of IT in Romania was presented by Mr. Marian Murgulet – Secretary of State; Chief Information Officer of the Romanian Government, on the occasion of the Conference “Romania’s Digital Transformation Agenda”: https://www.youtube.com/watch?v=rSocsXWbbQc 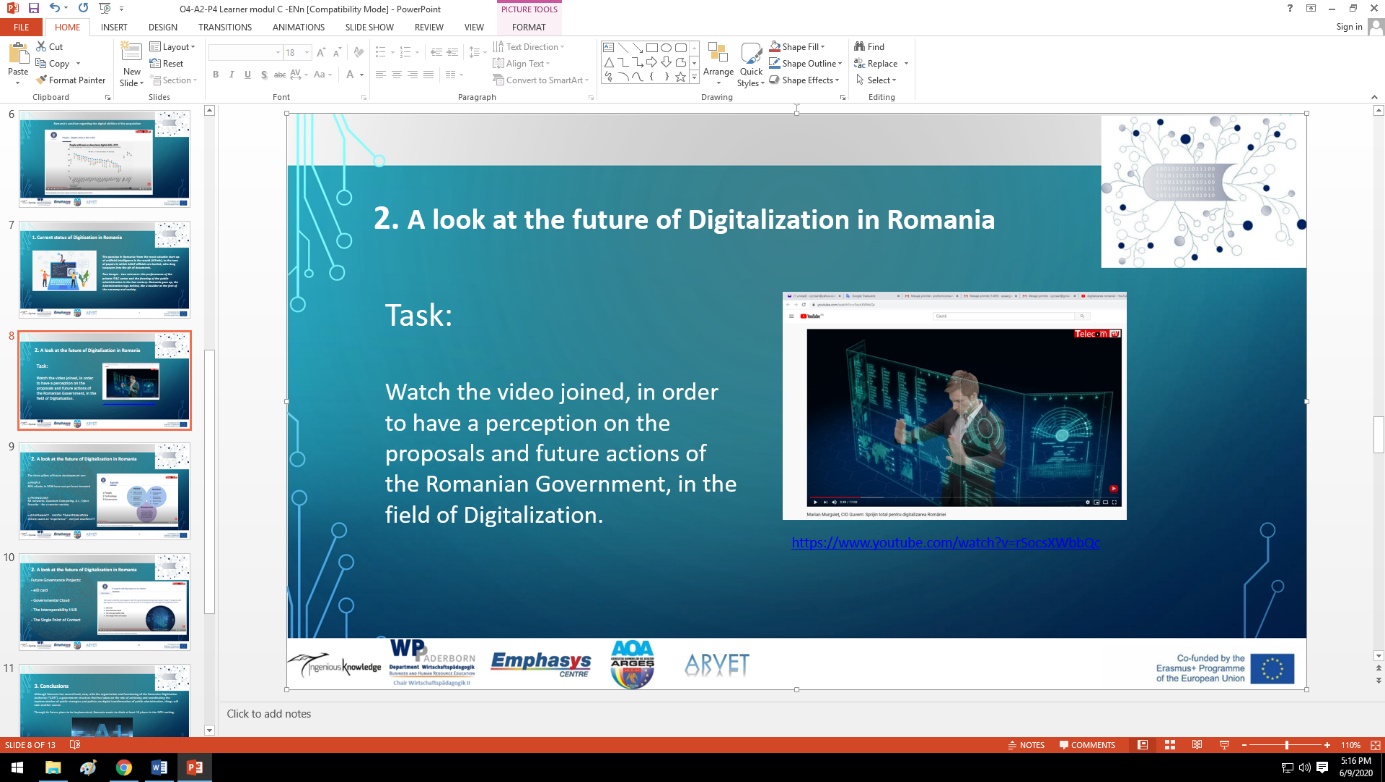 From the presented material, emerge the three pillars on which the future development of Romania will be based:

citizens want an “experience” – not just excellent IT.

Although Romania has moved hard, now, with the organization and functioning of the Romanian Digitization Authority (“ADR”), a government structure that has taken on the role of achieving and coordinating the implementation of public strategies and policies on digital transformation of public administration, things will take another course.

Through this plans and its future plans to be implemented, Romania wants to climb at least 10 places in the DESI ranking. 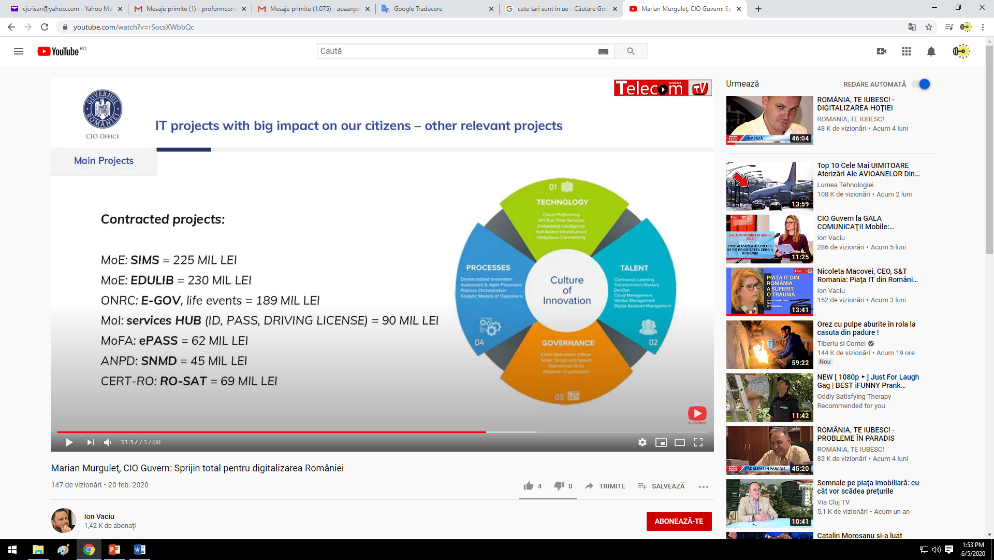 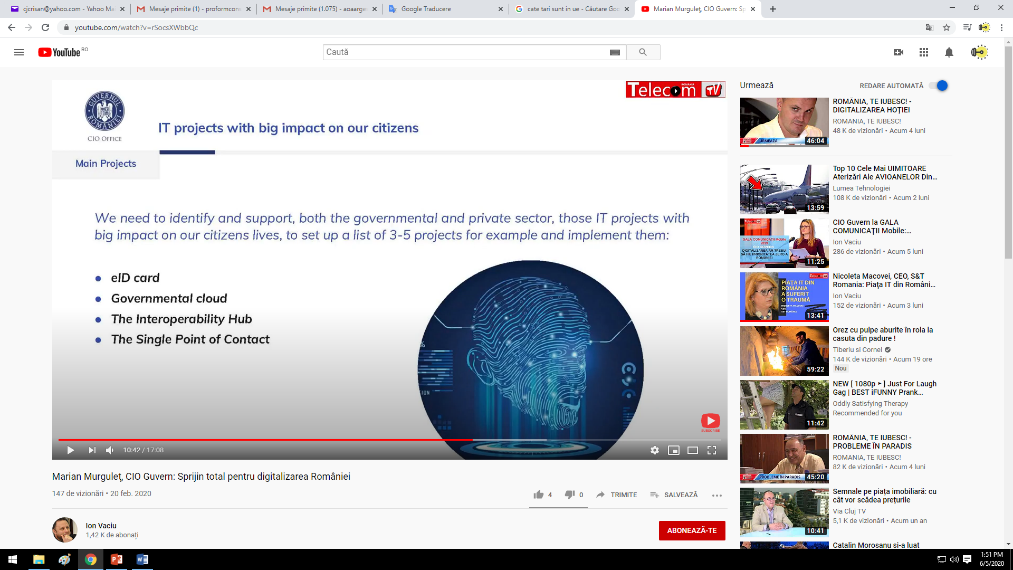